Oh where to begin ..... Luca’s "Danger" Boss is a gentle soul with a big brain, and an even bigger physique. At 19 years old, Luke got his start in the industry filling in at a family friend's restaurant as a dishwasher. One day he got thrown on the line to cook when they were short staffed, he felt such a rush and knew that was the place for him.

He quickly fell in love with the fast-paced environment and the energy around it that he decided that this was now his career path.

After traveling around the Midwest, working in its best food cities, he had gained a tremendous amount of knowledge and skills within the industry. A job offer reeled him in to Door County where he eventually met a man, nay, a mountain of a man, named Sam Lindsley, his now business partner and best friend forever.

After the initial shock wore off of finding someone just as huge as himself, the two began to brainstorm their dreams and ideas for their own operation. Thus, Fat Belly was born.


His favorite part of being a restaurant owner is having the creative freedom to make his own choices and explore his culinary passion (and also, having Jess as an employee because she's willing to wear the T-Rex costume).
Luke's primary goal for the future of Fat Belly is focused on creating a fair and fun work environment, while also continuing to bring innovative cuisine to Door County.

Sam Lindsley frequently vacationed in Door County with his family growing up and could always tell it was a special place. After his second year in college, Sam felt the pull of Door County once again, so he decided to take a summer job at an inn/restaurant in Fish Creek, this is when he had discovered his love for the food service industry.

Over the years he realized that this indeed was his passion, most excited about the joy that cooking can bring to complete strangers.

Eventually he began work in other restaurants, continuing in kitchens whilesimultaneously gaining experience in the operations aspect of theindustry. It was during this time that Sam met Luke, his current business partner.

The initial concept of Fat Belly was born when the guys couldn't find food that they were continually craving. From this craving, they identified a missed market of fast casual, locally sourced, fresh food that could be appreciated by everyone.

As Fat Belly grows, Sam hopes to continue building a strong community bond, to enlist a team of fun loving yet hard-working individuals and be a Door County destination for years to come.

Quick Links Locator
Our Image Slideshow eBIZ CARD: About Us Send eMessage
SHARE
Copy and paste this URL into your email, texts, social media post, etc. to share it!
OUR IMAGE SLIDESHOW
Welcome to Fat Belly Slideshow
Where Fun, Flavor, Fast casual, locally sourced, fresh food that can be appreciated and enjoyed by everyone.
From Our FAR EAST Bowl or Burrito ...
to our many other Styles: Pick a Bowl Or Burrito -- Pick a Protein --- Pick a Style Enjoy
Fat Belly's Menu is all displayed on the wall
Bowl Or Burritos- Snacks 'N" Macs - Salads and even a kids selection sure to please.
>> VIEW MORE
Pick A Burrito - A Protien- A Style ...
... Grab a Fork or Grab a Hold and Bite into a bountiful taste of goodness
Fat Belly - Fun, Flavor, Fast casual, Locally sourced, Fresh food
>> VIEW MORE
MAC 'N' CHEESE -
TRIP CHEESE TRUFF / SO SMOKEY/ CHICKEN BACON RANCH
Fat Belly - Sister Bay - Door County
>> VIEW MORE
FB BBQ Bowl
Fat Belly Sister Bay - Door County
>> VIEW MORE
DELICIOUS TUNA POKE...
...for FISH LOVER FOLK
Fat Belly Sister Bay - Door County
Dine Indoors or ...
... On our beautiful wrap-around deck OR ...
... Or in our large back yard and game area
For spacious outdoor dining - continued ...
Our Game area in the back yard
Shown -Cornhole (Bean Bag) Toss Board Game 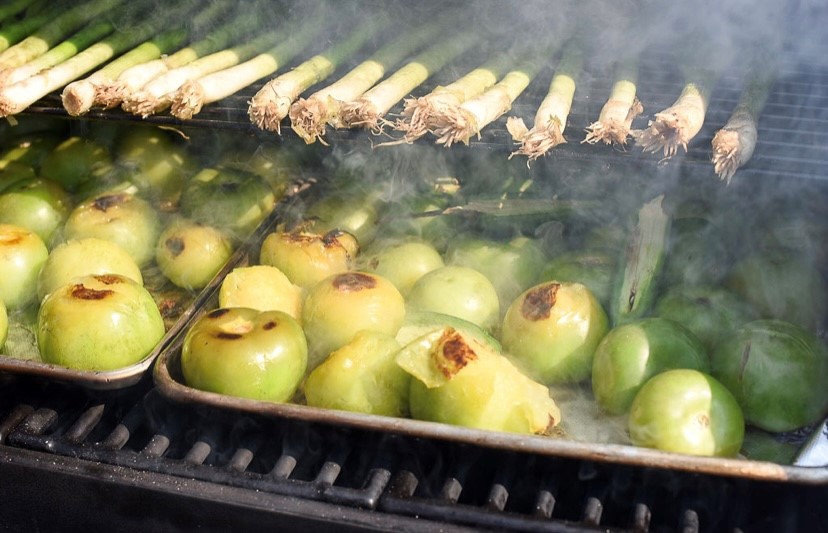